Kanban boards are bad for your team

This is the story of how Roadmap came to be. How our very own solution to Remote Team Collaboration become one of the most popular tools on Product Hunt 3 years in a row. And why so many PM tools from Asana to Jira redesigned their products after our launch. 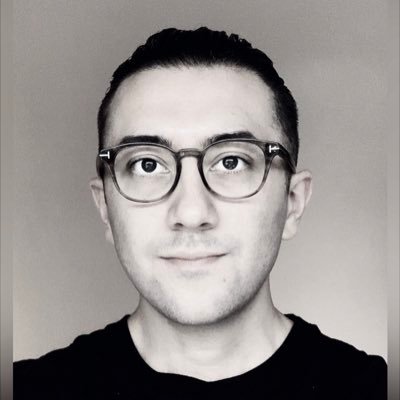 The pain
Always behind
‍
It was kind of a nightmare in the first few years of running our remote team at 3drops. I always felt like I was behind. Regardless of how much time I put into planning and tracking our progress, somehow we would still end up over-budget and miss our deadlines. Something was wrong, and our effort to solve it wasn't paying off. I knew I had the right people in our team and we had the right processes in place. We were even using the same toolstack as any other team. Something else was wrong. Maybe I wasn't the right person for the job? So I started looking for the right person with the right skills to solve our problem. A few months later, I hired 2 managers to help me run our remote team of about 15 people at that time. One more focused on the clients and the other on our people.

Everything almost immediately felt so much better. I was back to enjoying the work again. I was no longer feeling burned out, and I could finally focus more on growing the business than managing it. It was like a dream come true.

We made some adjustments to our toolstack and processes. It looked pretty much like this: we managed our projects in Trello and sometimes in Asana. We tracked our time with Harvest and used Forecast to manage our team's workload. Google Calendar to keep track of our milestones and Hangout for our meetings . We also had a dedicated Slack channel for our daily Stand-ups and held weekly sync call to close the loop. Still pretty much the same tools and processes as most teams.

But half a year into this new way of working, things started to crumble again. Once again, we had the same symptoms. Milestones were pushed around. Tasks were moved back and forth between lists. Some members were overwhelmed while others didn't have enough to work on. Mike Tyson said it best: "Everyone has a plan until they get punched in the mouth."

Theoretically, we had the right processes in place to avoid all of these issues. After all, none of them were unfamiliar to us. But to our surprise, none of our new processes were helping. All these little misalignments in our priorities and how we tracked our progress took our momentum away. The deadline, that light at the end of the tunnel, visible to our sight at the beginning of the project, was slowly fading away day by day. Until one day, half way into the project, we were all feeling lost.

And we knew we weren't alone. We talked to our friends at other agencies and startups and they were all experiencing the same symptoms. In fact, most teams had accepted the fact that this is how things are done. Deadlines are not real deadlines.

‍Most of us don't like to admit how much of our actions are influenced by the tools we use daily. Now a days, most of us are aware of the side effects of using apps like Facebook, Instagram, or Twitter. For example too much of Instagram can lead to a false belief that we only matter if others approve the things we do. So as a result, we start chasing the things in life that get us the most likes. The expensive cars, the fancy trips, and other materialistic things that perhaps make us look good on social media but miserable within. But how many of us are actually aware of the side effects of using the wrong tool at work? Let's have a look at how kanban boards and todo list tools like Trello, Jira, Asana influence our actions at work:

Organising tasks vs. prioritising them

Kanban board is a great tool designed to help us organise things into lists. Products like Trello or Asana are offering this tool as a solution for teams to prioritise their work. But is organising tasks into lists the same as prioritising them? How do we prioritise tasks without knowing their estimates? Every task in these tools look the same. They are all just cards in lists. So regardless if a task takes a day to complete or a month, at a glance, there's no way to differentiate them. Just from the getgo, we are off on the wrong path.

This is why teams came up with hacks like tagging tasks with Priority 1, Priority 2 or Small, Medium, Large. These failed attempts at trying to make these tools do what they weren't designed for is just the proof that they don't work.

What's the cost of choosing the wrong metrics to track? We know we do what we track. So if we pick the wrong metrics to track, that would lead us to choose the wrong tasks to work on.  In other words, if the tools we use at work, emphasis on the wrong metrics as progress, we set the wrong expectations for our teams. Let's take an example. In tools like Asana or Todoist, they emphasis on the number completed tasks as progress. So naturally, that's what we are communicating to our team as progress. The more tasks you complete, the more productive you are. To them, as long as a task is in the backlog, it has be done sooner or later, so why not now. But does a half empty backlog equalls to a half complete project? Remember, all tasks look the same. But only a few of them, picked and prioritised at the right time will lead you to where you want to go.

Moving with no direction will lead you nowhere. That's a fact. And in teams, it's even worse. Because the damange is much bigger. All that time, energy and money were wasted with no real work to show for. Leaving you and your team clueless to what went wrong. That's the cost of tracking the wrong metrics. Progress is not your team's activity like their number of completed tasks. Real progress is when you have completed the right tasks at the right time that actually get you and your team closer to your next milestone.

Micromanaging vs. coaching to a common goal

Meetings, Stand-ups and weekly sync calls are solutions to the side effects of using the wrong tools to manage our team's workload. Seeing a list of tasks assigned to a member doesn't provide you with any clarity on that person's workload. That's simply everything that needs to be done at some point. We don't know which task they are currently working on nor do we know what's next on their agenda. It's impossible to see whether they've been working on the same tasks for too long or they just got started. Which means, good luck spotting the bottlenecks.

Nobody knows who's doing what and when. Nobody knows if everyone is on the right track to complete the tasks on time or not. Some of these expecations haven't even been communicated clearly enough to the rest of team. They just got a task assigned to their name without knowing the rest of the story. They don't see how their work directly contributes to the rest of the plan. They don't see the dependencies. They don't see the big picture. So to them, the price of delaying a task with a day or two days is not immediately apparent and therefore, not a big deal. This lack of transparency in team's workload is the leading cause to misalignment in teams and lack of trust between members.

In 2016, we finally had enough and started investing a portion of our profits in creating a new solution. We wanted a place where we could both use to plan our projects and manage our team's workload. It had to be simple enough for anyone, without any management skills, to use to prioritise their tasks. And it had to be transparent enough so anyone at a glance, could spot the bottlenecks and act on time.

So with Simplicity and Transparency as our guiding values, we designed a remote workspace for our team on a timeline. A simple place to visualise our plans with clarity and share our progress with transparency. We united the long term goals with the short term wins into one place, to keep our team motivated from start to end. With all tasks beautifully visualised on a timeline, we've built a continuous momentum where everyone is aligned on what's next.

Best of all, you have a visual track record of all completed tasks on a timeline so you can see how decisions were made and what was done and when to improve how you work as a team.

Roadmap is a new way of work where teams trust each other with their progress and collaborate to move towards the next milestone together. No time is wasted on misalignments and everyone is aligned on what matters the most every single day.
Roadmap comes in 3 plans:

Basic for solo entrepreneurs
‍You can signup now to try our Basic plan to see how our Timelines and Milestones work together. Basic is for the solo entreprenuers to quickly visualise their plans on a timeline and share them with anyone using just a link.

Pro for managers
‍Pro is designed for companies with more than one manager to collaborate on roadmaps with our PRO toolbox. Managers from Fortune 50 companies like Amazon to fast-growing startups like Front are using Pro to visually communicate their ambitious plans to all stakeholders and keep them in the loop as they make progress.

Team for remote teams
‍The tool that we use to ship high stake projects for governments and leading saas companies on time and within budget. It's like a superpower for small remote teams to get more done in less time without any extra effort.

Team is made to empower anyone in your team to become their own manager by giving them the right tools to prioritise and track their progress. It's currently powering some of the world's most accomplished teams such as We, Dropbox, Framer, Netflix and many more.

Take your team where they need to go.
‍Try Roadmap →

Farzad Ban
Founder & CEO@3drops
Thank you for visiting us. If you like our work, I recommend joining our community of over 20,000 creatives to receive our monthly digest about our latest updates, lessons and experiments across everything we do in one short email. I think you would like it. Hope to see you there.
Thank you! Your submission has been received!
Oops! Something went wrong while submitting the form.
Previous updates ↗︎
More from 3drops